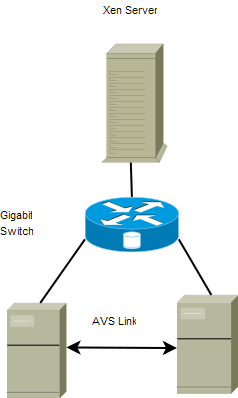 Virtualization is a big trend in computing right now and Solaris offers some very nice options of its own. One of these features is zones and branded zones which allow non-native operating systems to be installed into a container, this is similar to other technologies like OpenVZ and linux-vserver but zones add the power of ZFS as well.

I started reading the excellent article on Blastwave about setting up zones in Solaris 10 and within an hour I had everything finished with a Linux branded zone running CentOS 3.9. Here's a quick run down on how to accomplish this.

First create a file system to contain your zones:

After this is done you need to create the zone and install it, these are two separate processes.

For the install you will need the iso images or a tar ball of a file system, you also need to create a new distro file as Solaris only goes up to CentOS 3.8 right now.

The STATUS is now "installed".

As you can see zones are very powerful and allow a system to be divided up as you see fit. Each zone is completely isolated from the others and has its own cpu limits, process lists, network stack, etc. Even if a zone is completely wiped out it will not affect your global zone.

I've recently switched to OpenSolaris on my desktop at work and I just wanted to write a bit about my experiences.

Installing the OS is about the same as any other unix system. Boot the CD, enter a host name, root password and select the drive you want to install to. One nice thing is that you can set up a ZFS mirror out of the box, if not you can easily mirror your pool later without having to mess around too much, one command takes care of it.

All of the hardware on my computer was detected and loaded the proper drivers without me having to intervene. As long as your hardware is listed on the compatibility list you'll be fine. Setting up X with multiple monitor support is also very easy, just run the Nvidia settings app and configure your screens.

One issue I did have is that mp3 support isn't included as part of the default install, you have to download the codec package from Fluendo if you want mp3 support in totem or anything else that uses the gstreamer backend. Flash also requires a manual install, the plugin is pretty easy to set up however.

After using the system for a few weeks I'd have to say I'm impressed. If you have any experience at all with running a Linux desktop it shouldn't take long to adjust and you'll have access to zfs and dtrace which simply don't have equivalents in Linux. In short, give it a try, you might like it.

Since the C-SPAN web site crashes firefox you need to use Real Player by itself to watch live streams, just use this URL.